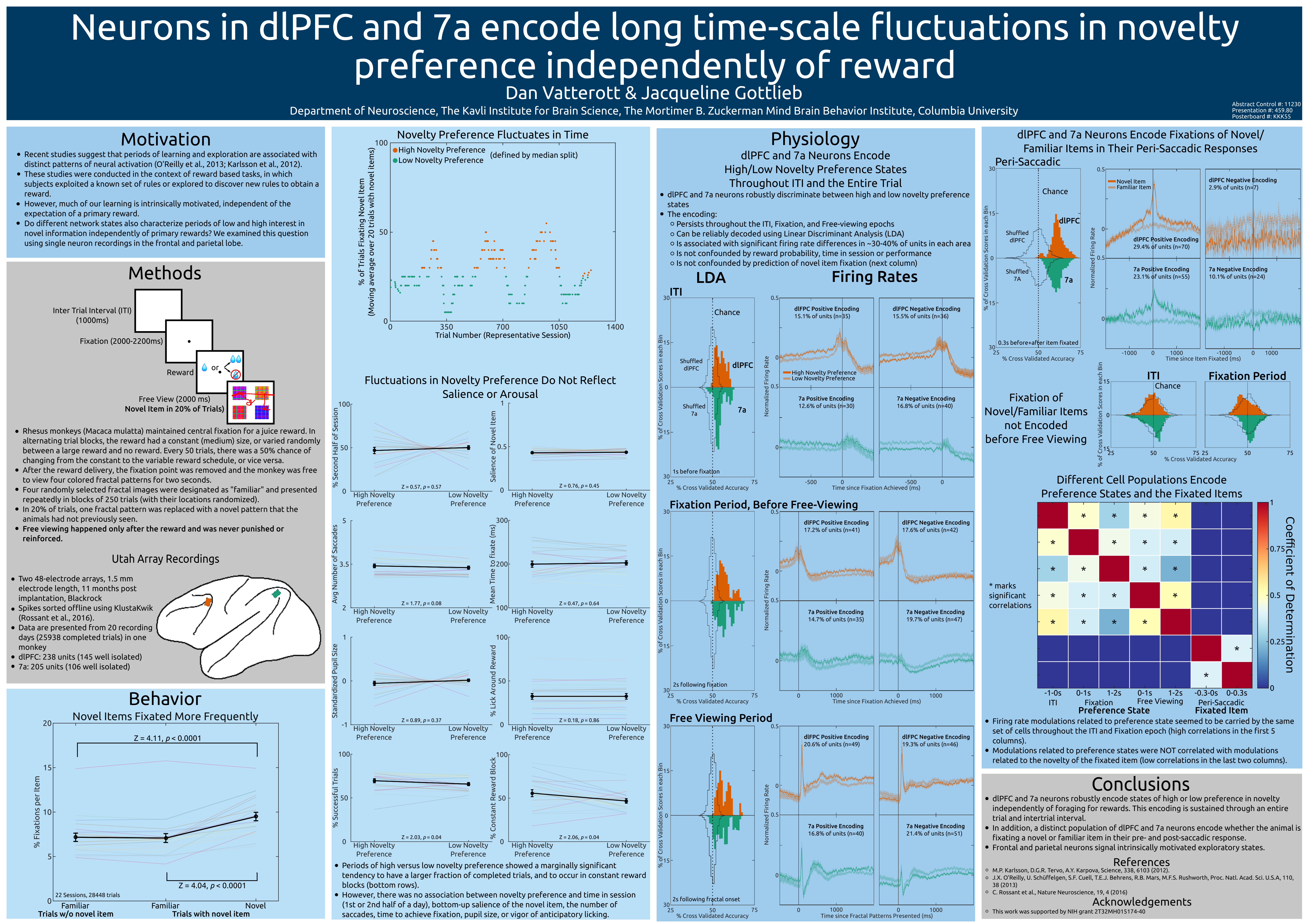 I recently presented at the annual meeting of the society for neuroscience, so I wanted to do a quick post describing my findings.

The reinforcement learning literature postulates that we go in and out of exploratory states in order to learn about our environments and maximize the reward we gain in these environments. For example, you might try different foods in order to find the food you most prefer. But, not all novelty seeking behavior results from reward maximization. For example, I often read new books. Maybe reading a new book triggers a reward circuit response, but it certainly doesn’t lead to immediate rewards.

Neurons that we recorded in the dlPFC and area 7a encoded whether the animal was currently in a state where he prefered looking at novel items or not and this encoding persisted across the entire trial period. Importantly, while neurons in these areas also encoded whether the animal was currently looking at a novel item or not, this encoding was distinct from the encoding of the current preference state. These results demonstrate that the animal had simultaneous neural codes representing whether he was acutely attending to novel items and his general preference for attending to novel items or not. Importantly, these neural codes existed even though there were no explicit reward associations.